Born in Allentown, PA, he was the son of the late Francis A. and Doris J. Williams.  Chris had lived in Clinton before moving to High Bridge eight years ago.
​
He was  Lead Technical Analyst for ADP and AT&T before retiring.

Chris was a member of the Church of the Holy Spirit in Lebanon and had served as the music director since 1989.  He loved music and had been a music teacher before entering the business world.
​
Chris is survived by his son, Daniel F. Williams of Brielle, NJ and his two brothers, Bill Williams and Gary Williams.
The Celebration of his Resurrection was held on Saturday, June 15, 2019 at Church of the Holy Spirit. 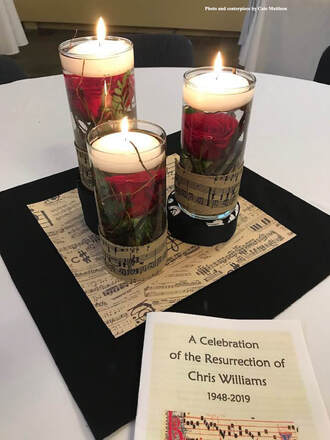 A Poem offered during the service

​Music would seem to end when the baton lowers, the sustain pedal lifts,
a composer assuming she has written the final fermata just there
at a bold double bar line telling us all to stop playing, singing, listening.

Only for the moment, we trick ourselves into not hearing, not playing, not singing
As if a sheet of notes or a canvas, stone or wood could every stop beauty from becoming
Beyond itself, even with the intention of the author self-limiting her own effect.

From a famous strain of sophistication to a childhood ditty hummed unthinking
We would be foolish to believe there is any conclusion to the music
Continuing in the interpretation of the next player, the next artist, the next human.

For beauty is renewed and recovered as it is reinterpreted every time its sung,
there can be no end of it, you see, there has never been, though we fail for the noise;
the din of pain and weird judgments against an arrogant standard of a perfect.

No beauty is complete, no work finds it fulfillment, no thing of us ever is done,
Especially not even in the welcomed bliss of something vast and uncomprehended
When there is no fermata at all and there never is a need to be finished.
Philip Carr-Jones
In lieu of flowers, donations may be made to the Music Scholars Fund at Church of the Holy Spirit.  This fund supports young musicians. 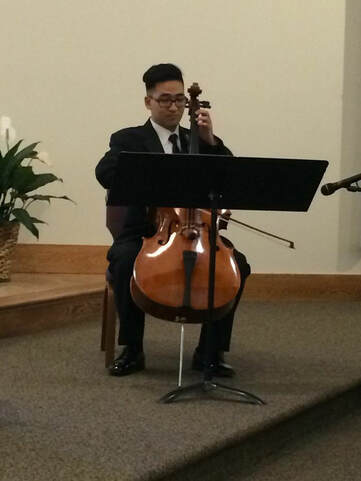 A Tribute to Chris

I'm not as experienced as you are at speaking in front of a large group of people. I didn't get to say everything I wanted to about Chris. I wanted someone to hear my thoughts and maybe you would appreciate reading this:

I first met Chris about 3.5 years ago to play a little bit for him so he could hear me play before I performed at CHS for the first time. After playing Bach's Prelude in G major, I looked over at Chris, and his eyes had lit up, and a huge grin was plastered on his face. He told me it was his absolute favorite piece. I have come to remember this huge smile every time I think of Chris.

Chris and I immediately hit it off, as we never ran out of things to talk about and we both took great pleasure in discussing our musical journey up until that point. I remember performing at my very first CHS service shortly after meeting Chris for the first time and I recall not being too happy with my final performance. I was a bit nervous and tense, and I didn't play as well as I wanted to that day. However, immediately after the last note, I looked at Chris, and he greeted me with his trademark huge smile. With his eyes and smile, he told me it was perfect. From that moment, I learned to start worrying less about the imperfections and the mistakes, and to focus on the bigger picture, creating an emotional connection to the music. I started to focus more on the positive aspects of the performance, and not to sweat the little things. Magically, I became more confident in my playing and have really grown as a musician. I owe part of this development to Chris.

Fast forward to my last performance with Chris on MLK day 2019 at CHS. I got to the church before Chris, which was quite strange, as he was usually there well before me. When I saw him enter, I could see he was using a walker, and was having major difficulties in the mundane tasks of everyday life. His usual smile was replaced by a grimace as the constant pain from simply walking was almost unbearable for him. We played one of our "greatest hits" from one of our previous services, "Gabriel's Oboe" from the movie "The Mission". From the beginning of the performance, I could tell Chris was having major difficulties with hitting all the notes that used to come so easily to him. I couldn't imagine the feeling I would have if I couldn't play my instrument anymore. We finished our performance, and I immediately looked over at Chris. Somehow, at that precise moment, it seemed like all of Chris's pain had disappeared. His painful grimace had suddenly transformed into the huge grin I had come to be so familiar with. It wasn't until recently, after Chris had passed, that I realized that for a brief moment, the music had healed him.


I will always be inspired by his determination to come to CHS that day and play with me. I only understand now that Chris is gone, that it requires a special kind of person to be at the service that day. I hope I can learn from Chris's actions, and hopefully instill his determination into my young students. That is one way the idea of Chris will live on forever.

I will miss Chris greatly. There are still many more "hits" we need to play for CHS. Hopefully one day we meet again to play together one more time and I can see that reassuring smile.

Resurrection Reading with ministers on the eve of Holy Trinity 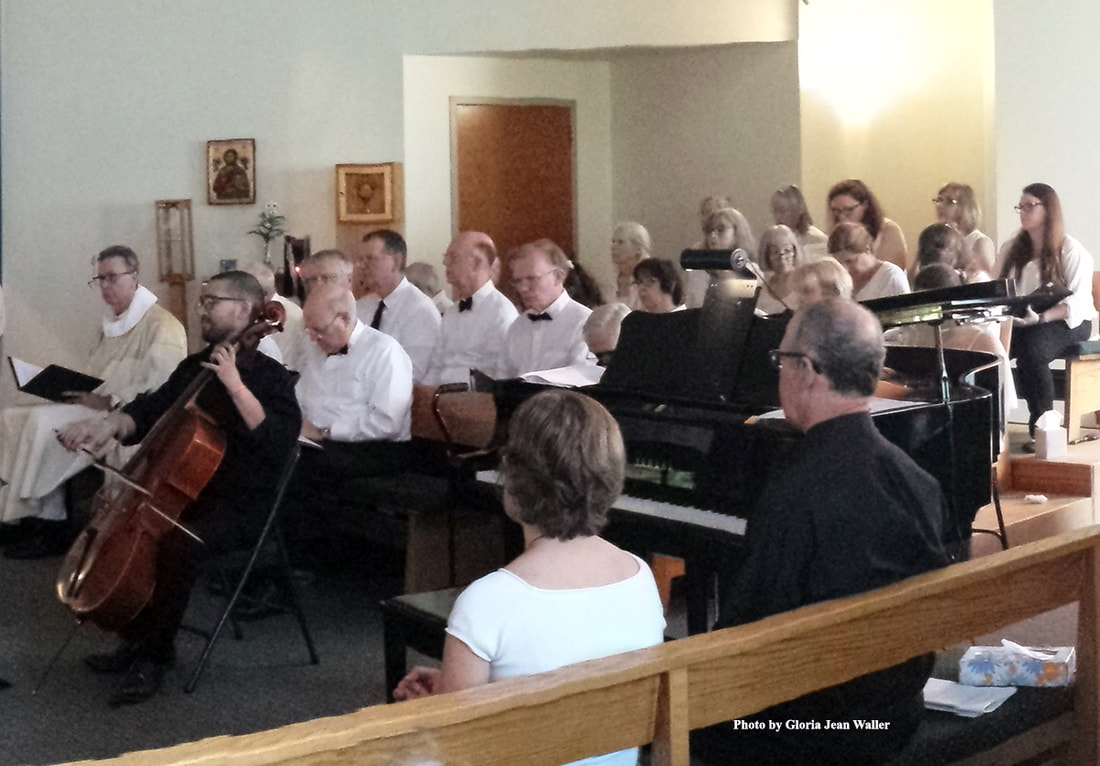 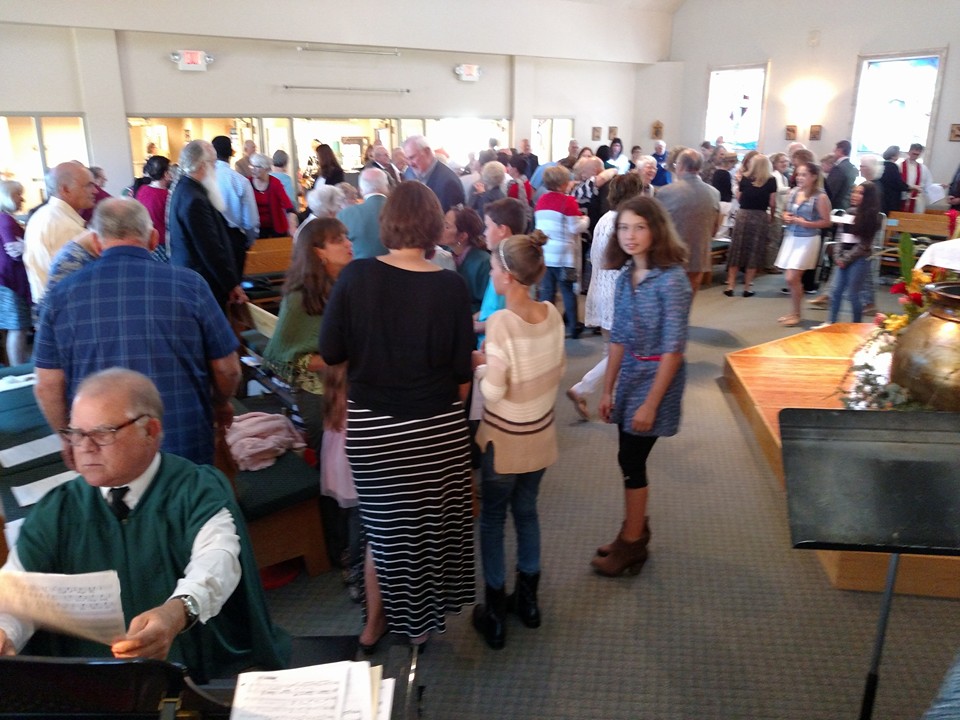 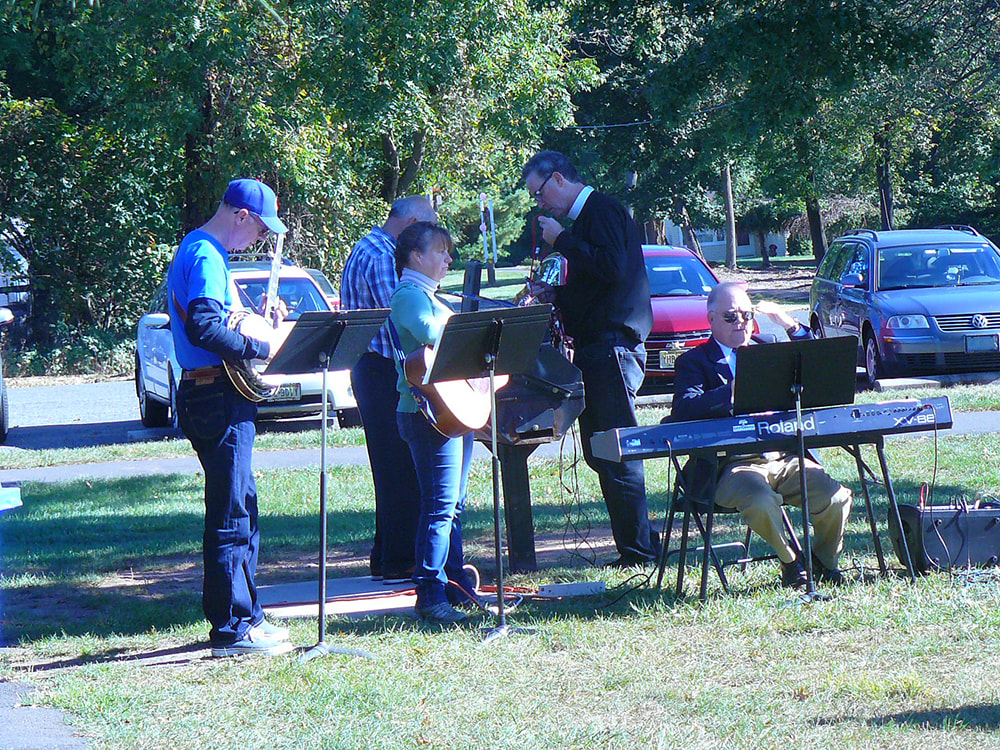 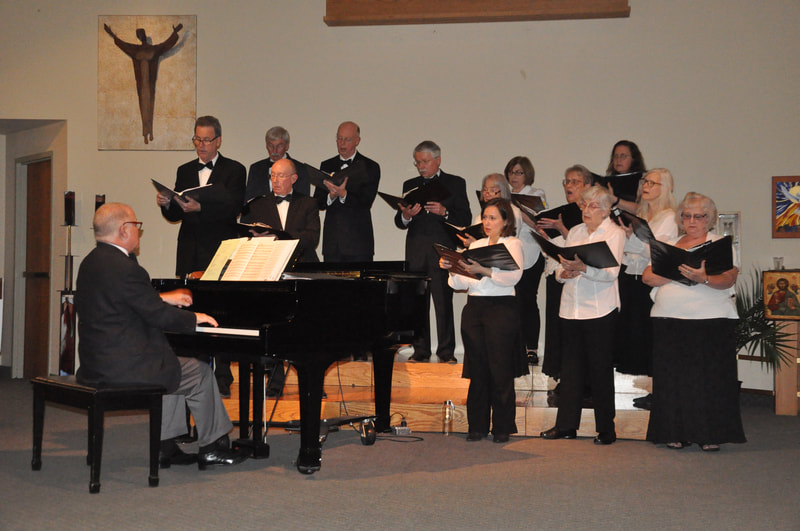 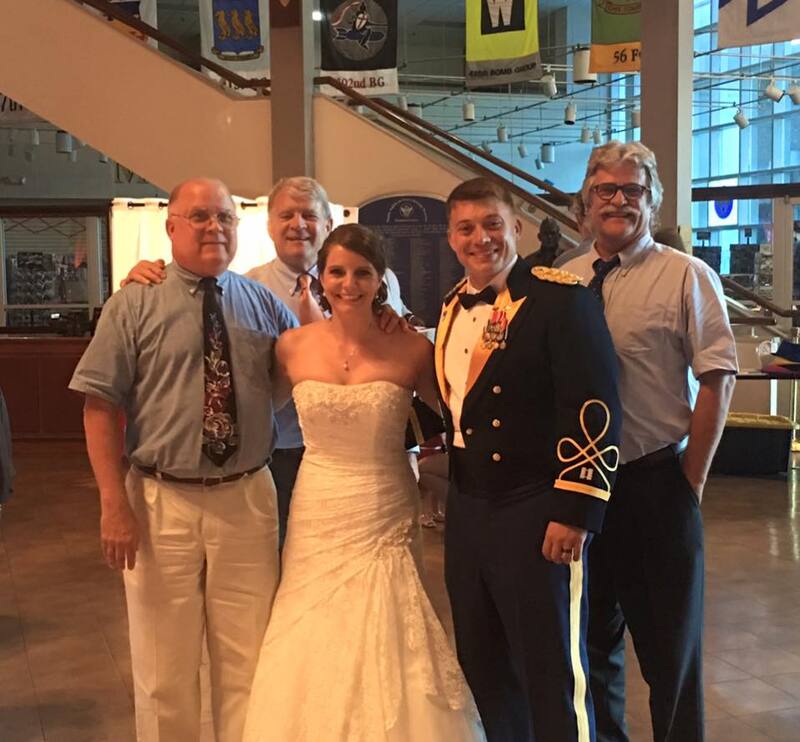 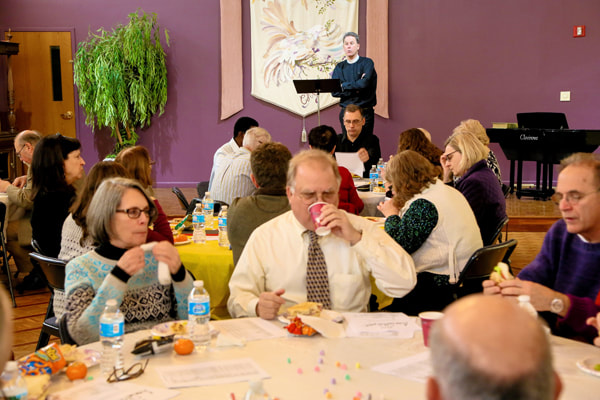 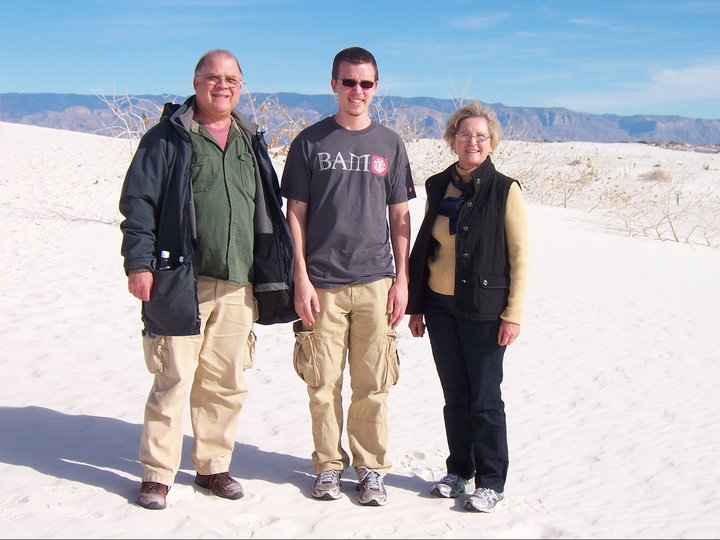 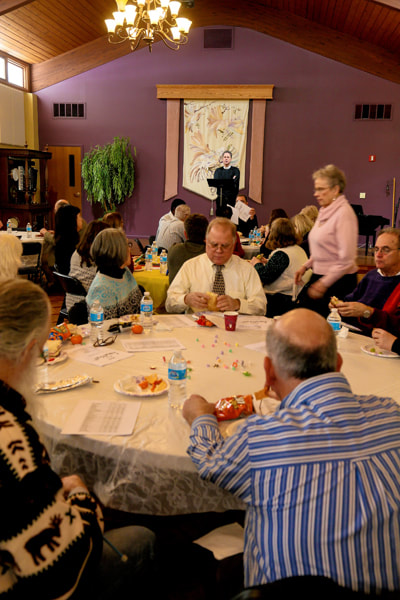